Beware Of The Dollar: The U.S. Ponzi Economy Is Malfunctioning.

Gold is the true SAFE-HAVEN currency. The dollar is ‘strong’ only when compared to more toxic currencies. Since the 2007 credit-collapse, the dollar has fallen 100% against gold. In other words, it now takes twice as many dollars to buy the same amount of gold.

On the day markets FROZE worldwide [Aug. 9, 2007], the price of gold was $662.60/oz [London p.m. fix]. It now takes twice as many dollars to buy the same Troy ounce of PHYSICAL gold. The price of gold is signaling declining confidence in the dollar-reserve system.

It is generally acknowledged the current crisis in financial markets began with a liquidity freeze on August 9, 2007. France’s largest bank, Banque BNP Paribas, cited that date as “the day liquidity completely evaporated from certain segments of the U.S. securitisation market.”* 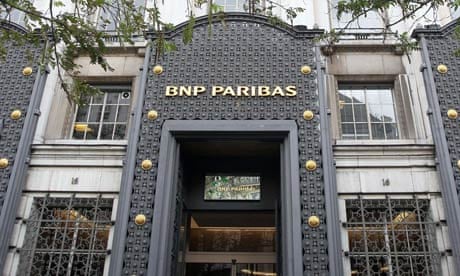 After confidence in the banking sector collapsed and interbank lending seized up, the Federal Reserve created many trillions of dollars (of brand-new credit) to bail out financial institutions and restore confidence.

Although the Federal Reserve is a private entity and cannot be audited, Congress acquired documentation of post-crash bail-outs exceeding sixteen trillion dollars ($16,000,000,000,000 went to financial institutions in China, Europe, etc.). After that, the Federal Reserve bought up troubled assets (about $1.3 trillion of Mortgage-Backed Securities), becoming the largest private holder of residential real estate in the U.S.

The stock market rose significantly after the 2007/ 2008 crash (with very little retail participation). But after QE money injections ended the summer of 2011, the market declined; and world credit markets FROZE up once again.

The Fed’s resumption of pumping QE trillions into the market (purchasing corporate bonds and stocks) has resulted in stock market highs. But since October 2014, market “events” have been increasing in magnitude and frequency — with triple-digit swings, flash crashes, and diminished liquidity in junk bonds and derivatives. Volatility went crazy in August 2015 and in the first quarter of 2016.

Today, prices for rent, healthcare, and stocks are rising because the value of the dollar is declining. ‘Stimulus’ trillions water down the purchasing power of the dollar just as water dilutes the potency of a shot of whiskey.

NOTE: Prices are rising faster than the government’s Consumer Price Index [CPI] indicates. On the following chart, the blue line represents calculations based on traditional methods of accounting, courtesy of John Williams, ShadowStats.com.

ALARMING TRENDS IN THE REAL ECONOMY

Besides early signs of surging price inflation, earnings growth has never been lower and production is slowing down sharply. Bill Gross recently said the trend for productivity is negative.

More than 95 million able-bodied workers are not counted in the government’s unemployment statistics. The ShadowStats Alternate Unemployment Rate for August 2016 was 23%.

High unemployment is structural. Over many decades, FREE TRADE treaties have served to hollow out the manufacturing base. Foreigners now supply the majority of the manufactured products Americans use (manufacturing employment down 14% since 2006). The jobs that have been lost are not coming back to America’s shores.

HOW DID WE GET HERE?

In the twenty-five years leading up to the financial crisis, the American consumer —rather than manufacturing— was the engine of growth for the U.S. economy. Personal Consumption Expenditures [PCE debt] kept growing and compounding.** For a long time, the debt-based economy seemed to work.

From 1998 until 2007, consumer spending [debt] plus U.S. government spending equaled 96% of the growth in GDP. During the same period, U.S. exports plus business investment accounted for only 3% of GDP growth. **

Before the bottom dropped out of the U.S. housing market, many people carried the maximum amount of debt their income levels would allow them to bear. Personal, maxed-out debt bubbles began to pop about a year before the crash. 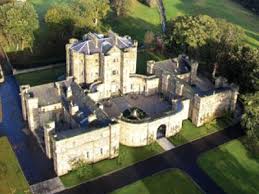 The Federal Reserve was praised for U.S. economic RECOVERY. However, the central bank merely “papered over” the crisis — with unprecedented money printing and zero percent [0%] interest rates. The results of this insane CURE for the debt-crisis are textbook:

WE ARE HERE: Deteriorating household wealth, falling consumer confidence, stagnant incomes, and low work-force participation. Instead of spending and consuming, anxious savers are sitting on their money; fearful businessmen and worried individuals are trying to pay down debt.

The shrinking consumer-base of the United States is no longer sufficient to drive GDP growth; and economic conditions are deteriorating. During the next phase of the U.S. Ponzi economy, money-printing will increase faster and business activity will slow. The combination of falling production, rising public debt, and currency debasement always ends in credit-collapse. There are no historical exceptions. 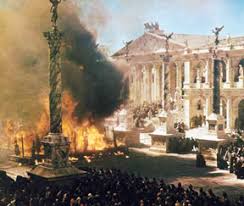 As the Federal Reserve explores “broader asset purchases” (direct interventions in the market) and negative interest rates (Mrs. Yellen, Feb. 2016), savvy investors are trying to escape from the banking system and third-party risk.

Protect your wealth by taking delivery of actual silver and gold. After ten years of so-called ‘stimulus,’ new dollars by the wheelbarrow are chasing a limited supply of PHYSICAL coins.

** In the 25 yrs. leading up to the 2007 crisis, Personal Consumption Expenditures [PCE] drove GDP growth. Consumer spending [debt] accounted for 82.5% of real GDP growth. Each year, PCE grew 3.5% continuously compounded. “…in terms of its contribution to average quarterly real GDP growth during the decade ending in the third quarter of 2007, PCE accounted for 81.3%.” William Emmons Jan 2012 Federal Reserve Bank of St. Louis.  http://www.stlouisfed.org/publications/re/articles/?id=2158

Too much debt causes a nation to lose financial flexibility. At some inflection point, the ratio of debt-to-GDP reaches a critical imbalance. When debt exceeds the critical thresh-hold, economic growth begins to deteriorate rapidly. Suddenly, manageable debt becomes unmanageable.

There is always a ‘lag time’ before massive expansion of the money supply causes a sudden, sharp rise in prices. WEIMAR: first DEFLATION then INFLATION: http://www.youshouldbuygold.com/weimar-first-deflation-then-inflation/