IS THIS A GOOD TIME TO BUY PLATINUM?

At current prices, there is blood in the streets in the platinum market. The largest South African mining companies (80% of global supply) are operating at a loss, and are selling off assets.

J. Pierpont Morgan said, “Buy when there is blood in the streets.” The notorious financier took his own advice. He became fabulously wealthy by buying assets when others were selling.*

What is JPMorgan looking to buy during this “platinum fire sale?” PLATINUM MINES. (Mission Accomplished Sept. 2015)* JPMorgan Cazenove’s long-term forecasts have not altered from previous forecasts.

The economies of the world are in uncharted territory. No one knows when the music will stop. However, we all know a debt crisis is  here. During financial panics, two things always disappear: LIQUIDITY and PRECIOUS METALS.

Shortages of gold, silver and platinum showed up big-time in 2008. During the financial crisis, gold went to $1,000/oz for the first time (March 14, 2008). On the same day, platinum jumped to $2,107/oz. Leading up to the crash, both metals had doubled in only two years because of acute, physical shortages.

BLOOD IS IN THE STREETS 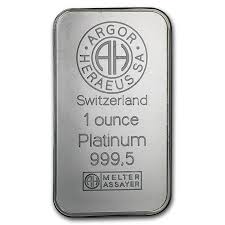 We have analyzed the fundamentals of actual platinum supply and global demand: Platinum Buy Signal:  More than 62% below high.

On December 8, 2015, Anglo-American (world’s largest platinum producer) announced restructuring will reduce its assets by about 60%. The world’s fifth largest miner will lay off almost two thirds of its employees (85,000).

* Sibanye Gold Ltd is Africa’s largest gold producer. July 6, 2014: Prior to joining Sibanye, James Wellsted (Sibanye spokesman, Sr. V.P) was a South African mining analyst at JPMorgan (Qatar Tribune). On April 8, 2014, James Wellsted said, “…there’s a lot of potential to replicate what we’ve done with the Sibanye assets in the platinum sector” (“referring to purchasing more platinum mines, a precious metal that is in short supply;” Metallix). On Aug. 1, 2014, Business Day Live reported: “Bolstering its platinum plans is the recruitment of Steve Shepherd, a highly regarded analyst who retired in June from JPMorgan Cazenove to help it find the right assets.” On May 27, 2015, BizNews.com reported: “Sibanye still keen to buy Anglo Platinum mines.”