Gold is Reserve Currency of Banks

For the last nine years, sovereign nations and central banks have been vacuuming up the supply of “good delivery” gold (400 oz gold bars). Central banks have purchased record amounts of physical gold — at even a faster pace than just before the U.S. dollar was disconnected from gold (Nixon severed the gold-dollar tie in 1971).

ARE BANKS PREPARING FOR A GLOBAL RE-SET?

The gold-buying frenzy is related to the changing status of the dollar. Central bank gold demand is the highest since 1964 and the period of time leading up to the collapse of the London Gold Pool in 1968. The banks are systematically adding to their gold reserves in exchange for their dollar reserves.

When indebted nations sell (such as Venezuela), the big banks buy the gold:

In 2011, Hugo Chavez’s demand for the return of Venezuela’s gold [17,000 400 oz gold bars] caused a worldwide RUN on precious metals. Since then, Goldman Sachs/ Citigroup have negotiated with cash-strapped Venezuela to ‘claw back’ the nation’s gold hoard [about 1/5th of the gold was sold/ leased in 2015]. As of April 2017, Maduro had sold/ leased the entire amount of gold that Chavez had repatriated to Venezuela. 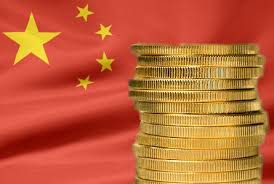 China is trading dollars for gold. The country’s purchases of gold bars are extraordinary.

If you do not trust the Federal Reserve, you are in good company.

Their formal requests have not been satisfied.

The next global financial scandal will be missing allocated gold. Sovereign nations are calling for repatriation of their gold because they realize their bars are not safely stored and segregated in the vaults at the Bank of England and the New York Federal Reserve.